Riley's teacher called at lunch on Tuesday to say that Riley had a headache and he didn't eat all of his lunch. She was concerned because Riley always eats everything on his plate. Also, his sugar (which had been near perfect for about 2 days) was 256.

My mom went to school to pick get him. His temp was 99.8. He didn't really feel all that bad. I decided to wait and see.

I felt sick in my stomach. One of my greatest fears since Riley was diagnosed is that he would get the flu. I had heard horror stories of how diabetes and the flu don't mix.

I took him to the doctor first thing yesterday morning. His temp had come down but I couldn't get it below 100.o even though I was alternating giving him Tylenol and Motrin about every two hours.

Before we went to the doctor I sat down and talked to him. I told him that sometimes when people with diabetes gets sick they can get something in their bodies that can make them sicker. I explained ketones and told him how important it was that he drink plenty of fluids even if he didn't feel like it.

He did wonderful with that. During the day he would often ask for something to drink and say, "Because I don't want to get ketones in my body."

When we got to the doctor's office he examined him and couldn't find anything obviously wrong with him. He decided to test him for the flu.

Riley was not happy. He remembered what it was like the last time they tested him. As soon as the doctor said he was testing for the flu Riley started to cry.

He had stopped by the time the nurse had come in. She explained what she was going to do and that it would "tickle" a little bit. I was looking at her and thinking "liar". But, she didn't cram the swab way up his nose like the last nurse did. She swabbed just inside his nose. After she walked out Riley turned to me and said, "She was very gentle."

10 minutes later the doctor walked in and said, "He has the flu."

My heart dropped and tears started forming in my eyes. I blinked them back. I didn't want to scare Riley.

He gave me the whole spiel about ketones and sugars. He started Riley on Tamiflu to help control his symptoms. He also gave me a prescription for Holden to hopefully keep him from getting it too.

I also called my doctor and got Tamiflu for me and Michael and my mom and my dad are on it too. Hopefully none of us will get it.

As scared as I was it hasn't been that bad. Riley's had a couple of sugars in the 200s, but for the most part his sugars have been fine. He had trace ketones last night. But none before or since then. He hasn't run any temperature since late yesterday afternoon.

My mom looked at me yesterday and said "You'd never know he has the flu. He's running around like he's fine. I thought he would be worse than most because of his diabetes."

I just gave her the only explanation I could. Prayer. Plain and simple. God is looking out for my little man.

If his temp stays down he'll be able to go back to school tomorrow.

I feel so blessed that he is OK and that the worst (which wasn't all that bad) seems to be behind us.

Now if I could get him to take his Tamiflu without coughing and gagging we'd be OK.
Posted by Penny Ratzlaff at 9:44 AM 17 comments:

It makes me put my hand over my heart

While standing for The National Anthem at one of Holden's basketball games last week I noticed that nearly every one was standing with their hand over thier heart.

It wasn't too many years ago that this wasn't such a common occurance. Yes, people stood in silence as our anthem was played, but usually there were only a few people with thier hands over their hearts. To be honest, I normally just stood with my hands at my sides.

On September 11, 2001 that all changed. When the planes hit the twin towers and thousands of people lost their lives we were reminded what is really important. We were reminded of how fleeting life can be. We were reminded how great our country really is. I think many of us had forgotten.

We just took for granted that we were safe. We thought we were untouchable. We had become comfortable as a world power.

I didn't know a single person killed on 9/11. Yet, I cried and I prayed for the families of those who had lost loved ones. It didn't matter that I didn't know anyone personally. What mattered is they were one of us and they were hurting.

Since 9/11 I have not stood for The National Anthem without putting my hand over my heart. I've even shed a few tears when I've heard the words: "And the rockets' red glare, the bombs bursting in air, Gave proof thro' the night that our flag was still there.O say! does that Star-Spangled Banner yet wave O'er the land of the free and the home of the brave?"

9/11 reminded me to put my hand over my heart and show respect for my flag and my country.

Recently I had let myself get lulled into diabetes complacency. Riley is OK. He's happy. He doesn't have any complications.

I hadn't really thought about a cure much lately. Yes, I still prayed for one every day. But, I think I had started thinking that if Riley does have diabetes for the rest of his life it will be OK.

Last week I went to a post and I read this story. My hand immediately flew to my heart.

Once again I cried and prayed for people I'll never know.

How did I let myself forget that?

Since I read that story I've written a few letters and I've joined a few message boards. I have a renewed sense of responsibility not only to my son but to anyone who deals with this disease every day.

It is up to us to spread awareness of this disease. But, we can't do that until we acknowledge how bad and how deadly it really is.

My son's life depends on it.
Posted by Penny Ratzlaff at 4:09 PM 4 comments:

No words to describe

There is no way to describe the feeling you get when you check your child's sugar and it's 56 forty-five minutes after he ate a huge lunch. He has a boat load of insulin left on board and by boat load I mean enough to sustain the people on The Titanic.

I juiced him, fed him, and decreased his basal. Now, I'm bracing for the impending high sugar.

I guess we are all on the mend now. I got dizzy for a few minutes a few days ago, but not since then. Holden is all better now too. Now, I just pray that Michael doesn't come down with anything.
Here are some more diabetes 365 pictures. To read an explaination to go along with the pictures visit my diabetes 365 page. 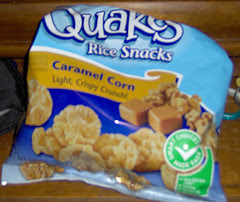 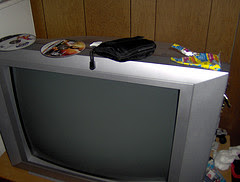 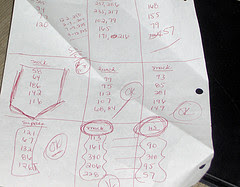 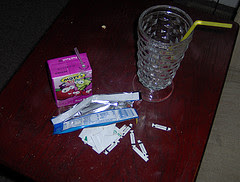 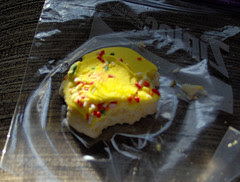 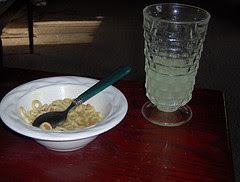 Now Riley is sick. He started with a little cough a couple of days ago. Then it progressed to a runny nose.

I sent him to school yesterday. He was feeling OK and he didn't have any fever. At lunchtime yesterday "Teacher" showed up on my cell phone. I assumed she was calling about his sugar.

When I answered the phone she said, "Riley is fine as far as his insulin is concerned, but he feels really bad. He's coughing and his nose is really red."

I called and made a doctor's appointment for late yesterday afternoon.

The verdict: ear and eye infection and a nasty cold. They tested him for the flu which, thankfully, he does not have. Riley had the flu shot but the doctor said that he is seeing a lot of kids now that got the flu shot and have the flu. He said it's a different strain than what the flu shot covers.

Now I'm terrified that Riley is going to get the flu. It's always been one of my biggest fears since he was diagnosed. Kids with diabetes and the flu don't mix very well.

The doctor didn't really think that he had the flu since he wasn't running much of a temperature. But, because of his diabetes, he tested him anyway. I'm glad. I'd rather be safe than sorry.

Testing for the flu involoves sticking a long Q-tip way up both nostrils. It's not a pleasant experience.

The nurse was very kind and gentle, but I could see the pain on Riley's face as she jammed the giant Q-tip up his nose.

As soon as she finished she said, "It will take about 10 minutes to get the results." And then she was gone.

I turned and looked at Riley. Tears were brimming over from his eyes and spilling onto his cheeks. I gathered him up into my arms and the two of us cried together.

It's wierd. I've done a lot of crying over his diabetes. But, Riley has never seen me cry. Even in the hospital during the worst times like when they started his IV I held it together until I could be out of his sight to have my cry.

But, yesterday, I sat holding him and rocking him back and forth as he cried on my shoulder and all I could think was, "Isn't diabetes enough? Aren't the needle sticks enough? Does he have to go through this too?"

I know it was only a Q-tip. I know we are blessed that he has access to sugar machines, the pump, and insulin. I know I'm blessed to have him at all.

But, sitting there yesterday waiting for his test results I was once again reminded how unfair life is sometimes. And when that unfairness affects your child it is almost unbearable.
Posted by Penny Ratzlaff at 9:42 AM 9 comments:

12:37 AM: do a site change (hold back tears as Riley cries and wimpers)

Woo hoo!! I'm not dizzy anymore!!! I am trying to catch up on my blog reading but it's a slow process. (Holden's better too. He went to school today. We will have his birthday celebration tonight since he wasn't up to it last night.)


Anyway, just wanted to point you in the direction of a new blog I found. I can't remember if I found it through a comment or an email. But, I found it none the less.

It is written by a mom whose 4 year old son was just diagnosed with Type 1 diabetes in December. Remember how those first few months (or in my case few years) were after diagnosis?

Go show her some love.
Posted by Penny Ratzlaff at 4:35 PM 4 comments:

I've got a viral inner ear infection. I have been dizzy ever since Saturday afternoon. I haven't been around reading blogs or anything. I've mainly been lying on the couch hoping the spinning will stop.

The doctor gave me a medicine to help the dizziness but it makes me very, very sleepy. I took one this morning and tried to go to work. But, now I'm just sitting here about to fall asleep. So, I'm leaving to go home.

Anyway, today is Holden's 17th birthday, but I don't have the energy or the right frame of mind to write a post. Maybe tomorrow things will be better. (BTW, Holden woke up this morning and threw up. He's home sick for his birthday.)

Anyway, I'll catch up on the posts as soon as I can. Right now I'm going home and crash on the couch.
Posted by Penny Ratzlaff at 9:29 AM 5 comments: